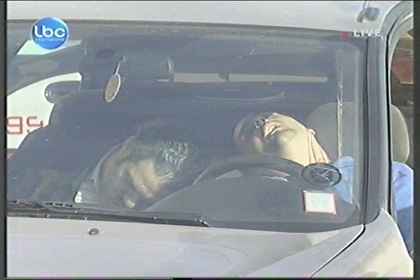 After the building collapse yesterday night, Two corpses have been found in an abandoned car near Tabarja on Saturday, reported Voice of Lebanon radio. [Naharnet]

In other news:
– 22 years old Yehya Ali Al-Mouhammad Akadro was found dead in his apartment in Ras Nabaa. he apparently hung himself.

– A cab driver was killed by a passenger in Saida after a dispute over the taxi fare. Driver was Palestinian. What is wrong with people these days? Killing a guy over 3000 Liras?

Let’s hope the day gets better.