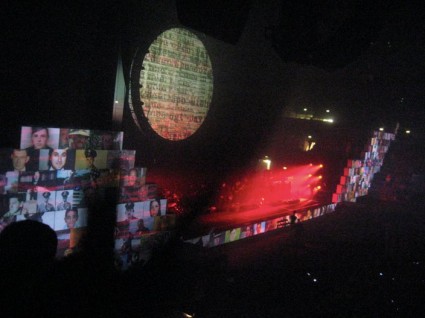 I read today on Kataeb portal that a young Lebanese called Vicken sent ex-Lebanese president and martyr Bashir Gemayel’s poster to Roger Water’s office hoping that he will include him in his concert as one of the world’s martyrs. [Link]

And it seems that Waters liked the idea and showed Bashir’s picture during his concert in Milano which took place few days ago. [Link]