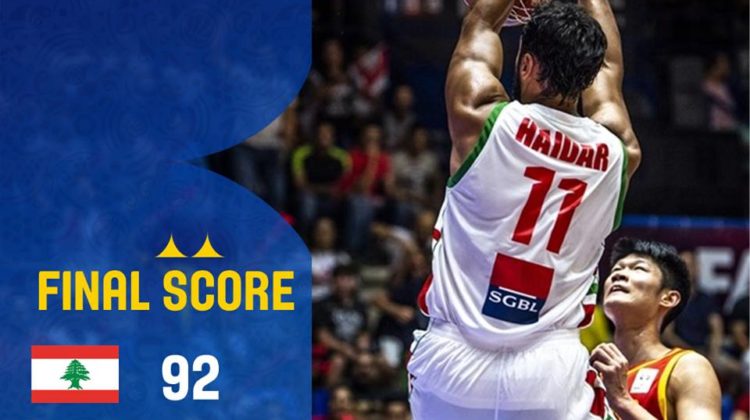 It was messy, it was stressful, it was exhausting.  But it was a win, regardless.

Our team might be lacking key players including Jean Abdel Nour, Wael Arakji, Nadim Souaid and Bassel Bawji to name a few, but somehow they managed to withstand China, in a 45-minute catch-up.  Rarely in the lead, they were always fighting back, and whenever the scoreline was close, a thunder of turnovers would extend the lead and agony once more.

Despite a 92-88 final score in favor of Lebanon, a lot of questions need to be asked after this win:

1- Did we really have to reach overtime?

Anyone who’s watched the match can easily see the cat-and-mouse play and how many wasted opportunities we had, especially in the first half of the match. An overtime could have been easily avoided, had the boys kept their focus, and even for a few gained some at all. Amir Saoud and Elie Rustom were completely off their game tonight.

2- Why was Daniel Fares sidelined for most of the match?

I found the decision to get Daniel Fares back on the bench, after he had posted an excellent total of 7 points when we were in dire need of them, very strange. He was definitely a key player in the outcome of the match, alongside the top 2 stars Ali Haidar and Ahmad Ibrahim.

When facing the giant dragon China, whose average players’ height is huge, we should have focused on the three-point-line a bit more (4/25 only made) instead of venturing inside and getting blocked or falling into evitable turnovers. Not to forget how many free-throws we missed (10 in total)!

4- The stars of the match

The top 2 scorers of our team Ali Haidar and Ahmad Ibrahim (who was also weirdly sidelined when we needed him most) formed a remarkable duo, pulling off assists and scoring at the right time to get the team back in position. Without these 2, we surely wouldn’t have made it through. Ater Majok was a force too, but needed a lot of time to get rolling.

What both teams had to say after the match:

What we need to do to beat New Zealand on Monday…

The stern test we face next is the Haka lovers, on Monday, September 17, on New Zealand soil. The match will take place at 10:10 AM local time Beirut and will be broadcasted on LB2.

In order to claim the win and increase our chances of qualifying for the 2019 FIBA World Cup even more, we need to reassert focus within the team, avoid the fast-breaks because we were obviously so bad at their execution tonight (and in fact always have been), and most importantly divide the tasks among players while avoiding the focus on one or two of them, especially when we could tell right from the word go that this is not gonna be this or that player’s day.

While hoping that Amir Saoud and Elie Rustom get back on track for the next match, here are the final numbers to keep an eye on (the detailed stats can be found here): 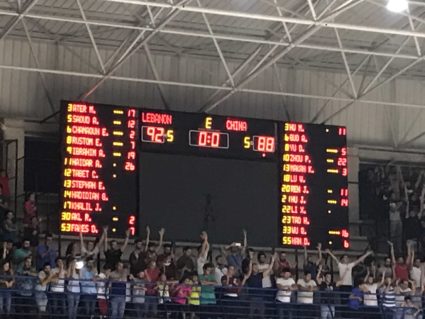 We currently comfortably sit in the second position in our group of qualifiers (Group E):

A reminder that the top three teams in each group along with the better placed fourth team will qualify for the 2019 FIBA Basketball World Cup. The other group F features Australia, Iran, Philippines, Japan, Kazakhstan and Qatar.

If China makes it to the top 4 teams in either group, then, being the host, both fourth-placed teams will qualify for the FIBA Basketball World Cup.

Lebanon’s remaining matches will take place on the following dates: