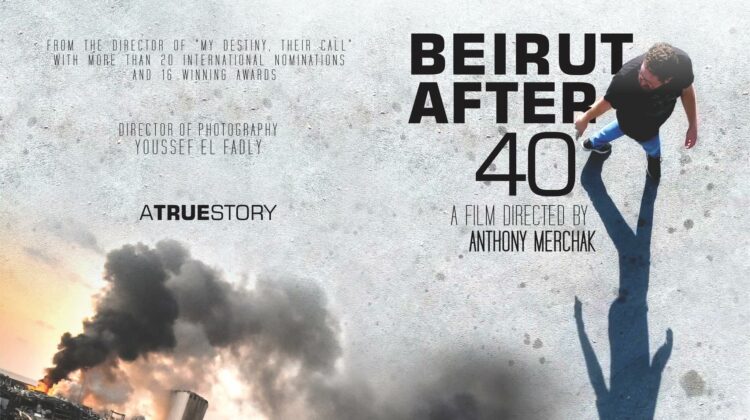 ‘Beirut After 40’ by Anthony Merchak has just won the Hollywood Gold Award for Short Documentary. In this documentary, Anthony describes his personal experience, as he was few meters away from the explosion that took place on the 4th of August, accompanied with real footage that will be shown for the first time.

The documentary has also been nominated for the 2022 Golden State Film Festival which is taking place between February 25 and March 3rd. Attendees will get the chance to watch the documentary at the TCL Chinese Theatre،