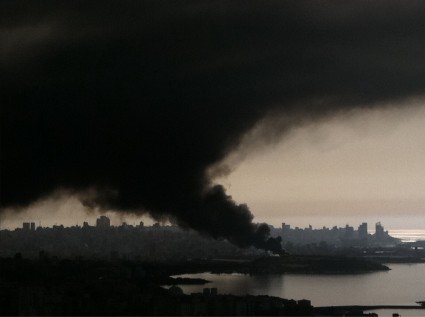 Here’s an update on the environmental disaster that we witnessed yesterday after used tires were put on fire in an area near the Bourj Hammoud Landfill.

According to MTV, the fire — which was first reported as having taken place in Bourj Hammoudâ€™s landfill â€“ resulted from the burning of tires by â€œthose who want to financially benefit from the copper (contained in tires), whose prices have soared lately.â€

MTV said the perpetrators are â€œwell-known and the state does not need any telecom data to find them.â€ [Source]

The state knows those people? Why doesn’t MTV reveal their names then?