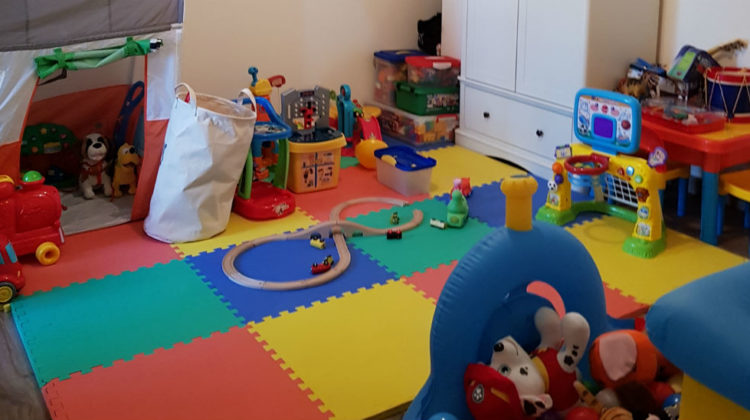 I just learned recently from a friend that foam play mats are made with questionable materials that could affect the health of a child. We’ve had the mats for over a year now and I never thought of googling whether they’re good or bad for some reason, but now that I have, I found out that they were banned in a couple of European countries for emitting high levels of form amide, a toxic industrial chemical. The formamide is used to make the tiles soft and bendable and is a known toxic substance.

What happened was that the Belgian and French authorities launched a probe into the toxicity of foam mats and pulled from the market popular children’s foam floor mats. As a result, some companies started producing safe mats that don’t contain the toxic chemical but one can never be sure as there are still a lot unanswered questions as to source of the formamide and precautions to take.

This being said, and knowing that the Lebanese authorities haven’t probably heard of this matter, I’d rather not take any risks so I removed the mats and gave them away.