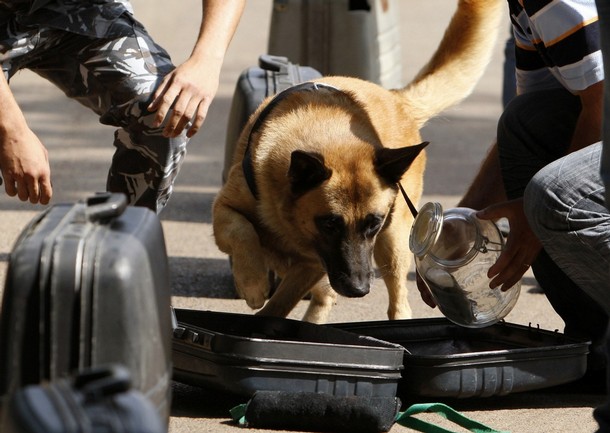 I wonder how they caught them.

Customs authorities at Beirut’s Rafik Hariri International Airport on Monday foiled an attempt to smuggle into the country a quantity of cocaine that came from Brazil via Ethiopia, state-run National News Agency reported.

“Three Brazilians arrived from Brazil via Ethiopia. Two of them had quantities of cocaine in their stomachs while the third hid a cocaine stash in his double-bottomed suitcase,” NNA said.

“The quantity of cocaine they tried to smuggle has been estimated to weigh around eight kilograms while one of the men who swallowed the cocaine was admitted into hospital after he suffered medical complications,” the agency added. [Naharnet]