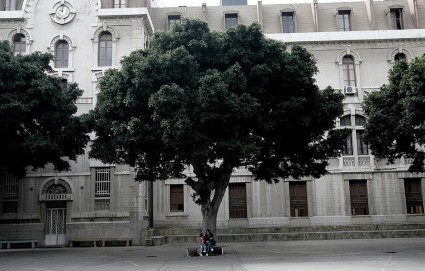 I don’t see that happening anytime soon unfortunately as we won’t have any space left to build parks and gardens with all these skyscrapers popping left and right. What we need are more projects like Achrafieh2020.

We currently have nearly 393,000 square meters of green spaces in the 20 square kilometers of the megalopolis of Beirut, where 1.4 million inhabitants reside.

By comparison, for nothing is more telling than figures, a stop in some megalopolises in the world will show the extent of the disaster. First stop in Paris. In the capital of France, there are 5,550,000 square meters of green spaces in the city center, 450 in total, divided among 16 parks, 137 gardens, 274 squares, and eight promenades. This figure does not take into consideration the kilometers of sidewalk trees, a considerable surface area, and above all the two big peripheral woods of the French capital (created by Napoleon III in around 1850), the Bois de Boulogne and the Bois de Vincennes, which by themselves total 18,410,000 square meters. In total, Paris offers 24 million square meters of greenery to the 2.2 Parisians, whereas Beirut offers only 0.4 million square meters of greenery to the Beirutis. [Link]