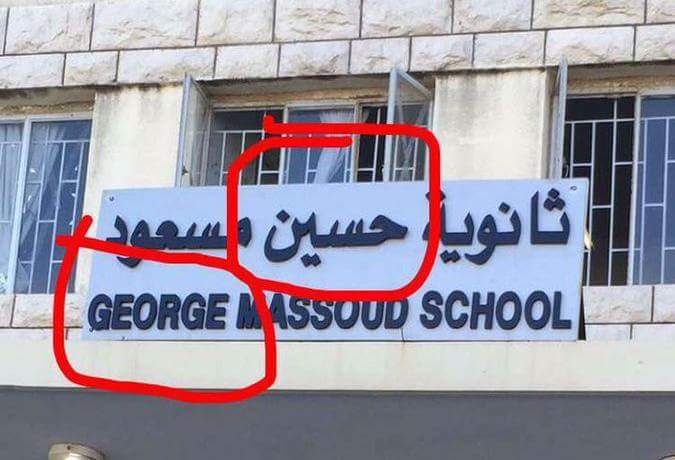 How does Hussein Massoud translate to George Massoud? I thought it was a mistake at first but I read somewhere that the guy’s original name is Hussein George Massoud. I can’t confirm it but now I’m curious to know the story behind that guy and this school.

Does anyone know anything about it?