A sea turtle was reportedly pulled out of the water at a Rmeileh beach and people started taking selfies with it and stepping on it. To make things worse, the turtle was hit repeatedly on the head and a parent forced his kid to walk on the turtle. The giant sea turtle was later on rescued by the Civil Defense after being contacted from GreenArea. The organization also contacted the Ministry of Environment and Agriculture as well as Animals Lebanon.

This is a clear violation of Agriculture Law 1/125 that prohibits the poaching of marine animals. Unfortunately, this is not the first time sea turtles are killed in Lebanon.

I will never understand why people willingly harm such beautiful creatures. What’s the point in hitting a sea turtle on the head and leaving it to die? Where’s the fun in that? Seriously? Would you like someone to hit you on the head repeatedly and take selfies? 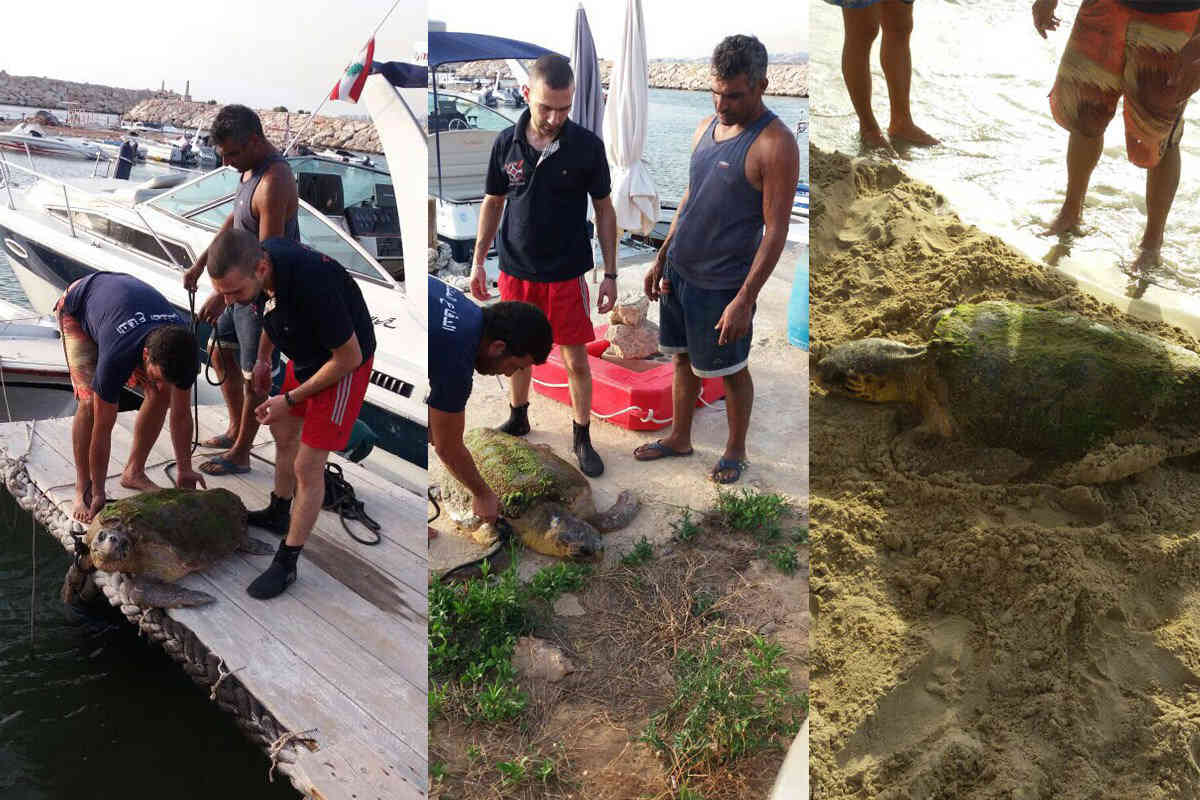 Nadine from Newsroomnomad first reported the story and posted a lengthy article on this matter. I recommend you read it [here].