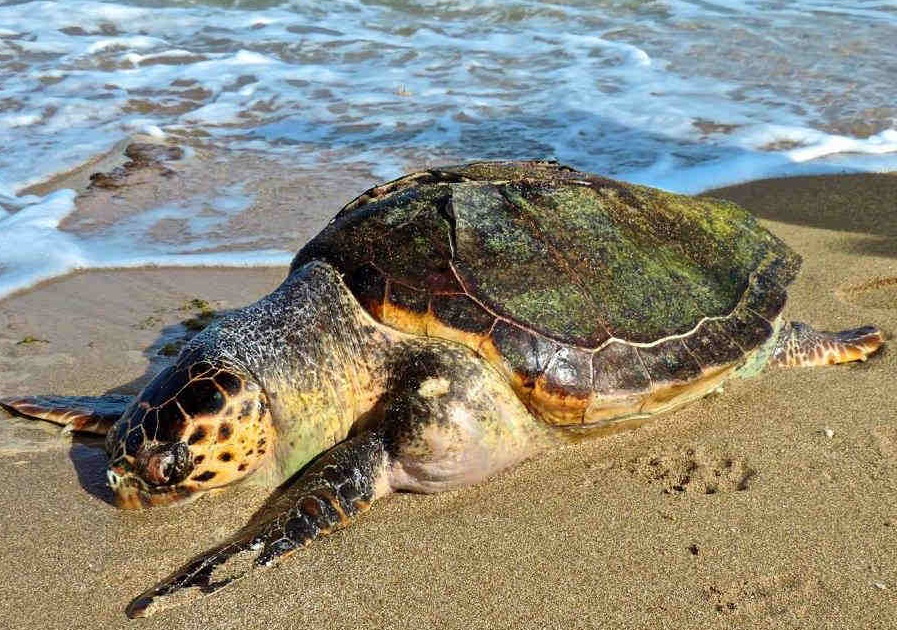 Less than 5% of the Lebanese Coast remains clean and untouched and there are at least two turtle reserves known, both in the South (Mansouri and Kolaila beaches). Both are recognized as being protected natural areas by the municipalities but they are still not protected by law and are often threatened by projects or simply fishermen.

In the past four months, four female sea turtles were killed by dynamite and lannate poisoning even though using these substances is forbidden by law. The Orange House Project, an NGO working for the protection and conservation of sea turtles in South Lebanon, shared pictures of the dead turtles and urged the authorities to do their job and stop these criminals.

Sea turtles travel from all over the world to lay their eggs and reproduce on our beaches. They are beautiful yet endangered turtles and something needs to be done to declare the Coastal area that stretches from the Naqura Cliffs (South of Tyre) to the Tyre Reserve a protected area and sea biosphere reserve!