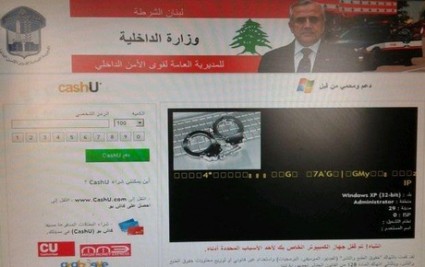 You can read more about it and how to remove this virus [Here].

Internal Security Forces cybercrime and intellectual property unit warned on Saturday from a virus affecting mobile phones and computers, which has been spreading across the Middle East region and Lebanon lately.

Hackers use the “Metropolitan Police Virus” to obtain the credit card’s balance when users enter their personal Cash U code.

According to a statement issued by the ISF, the hackers can disable the Windows for users after displaying a bogus alert that says: “The ISF blocked your computer for violating copyright content on the web and you are obliged to pay a $200 fine.”

The virus locks the computer and its applications, “whenever you try to log on into your Windows operating system or Safe Mode with Networking, it will display instead a lock screen asking you to pay a non-existing fine of $200 in the form of a CashU code.”

“Citizens have to pay attention and refrain from paying any amount of money using credit cards… They are also asked to inform the bureau of any hacking attempt,” it added. 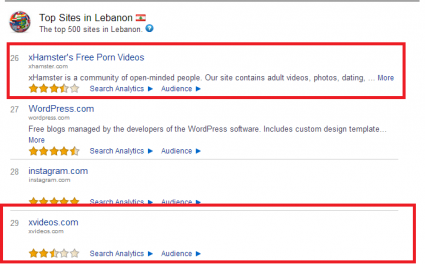