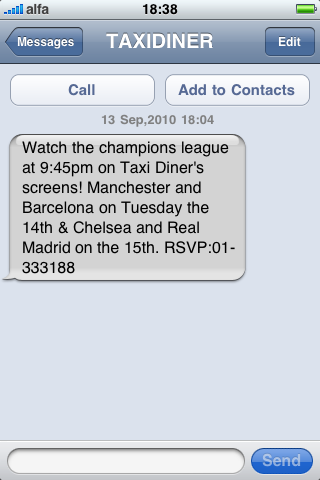 I would have loved to go watch the Champions league there, only if the service wasn’t that bad and the food not worth it, if you ever get it.

Also, the SMS is misleading as Manchester are not playing Barcelona on the 14th but both Manchester and Barcelona have games on that day. Same for Chelsea and Real. Last but not least, considering the large number of German fans in Lebanon, broadcasting the Bayern Munich game vs. Roma would have attracted more viewers than Chelsea playing a team most people never heard of.