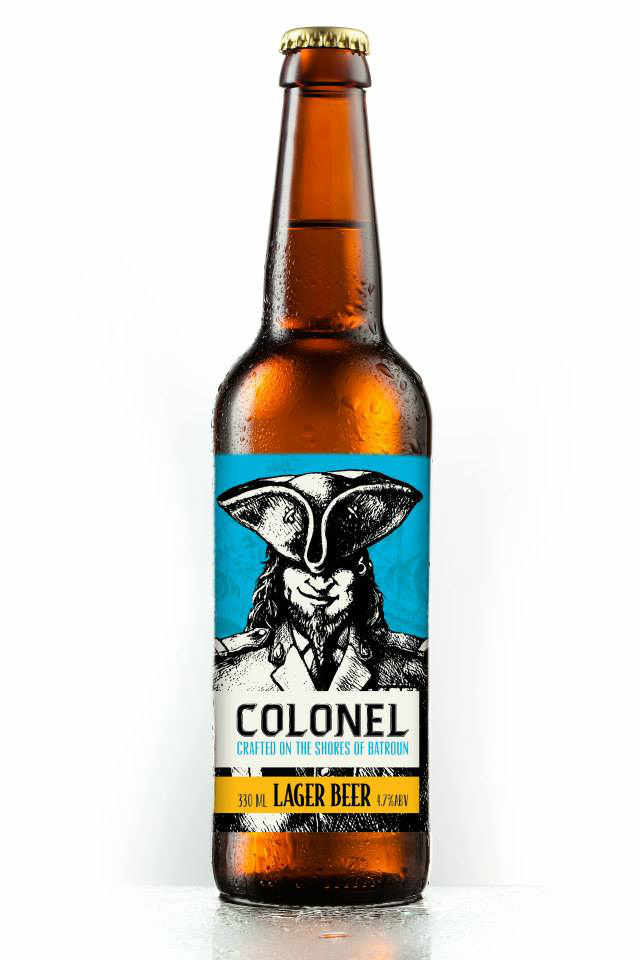 Colonel Beer is more than just a new beer. It is a part of the Colonel Project, which is a new concept to the market that will consist of Colonel Microbrewery, Colonel Brewpub & Restaurant, and Colonel Bed & Breakfast.

I like the idea and I am glad that Jamil decided to go for an eco-friendly and green venue. I will be looking forward to visiting it and trying the new beer.

Born and raised in Batroun, Jamil is an adventurer at heart. Growing up, he always had a desire for new experiences and spent much of his time camping, enjoying the outdoors, and windsurfing at Batroun’s famous spot “Colonel.” That very spot inspired the name of Jamil’s new endeavor, the Colonel Project, a microbrewery that produces and fosters the culture of high quality craft beer, on a green platform in the heart of Batroun city.

But how did it all start? Beer has long been one of Batroun’s favorite drinks and that culture nurtured Jamil’s own passion for beer and motivated him finally to take up home brewing. But home brewing was not widespread in Lebanon and that made the process hard to learn in the beginning. However, after pursuing rigorous research, attending several workshops in the UK, and touring different breweries and beer festivals in Europe, Jamil finally learnt the craft and became proficient at it. [Naharnet]