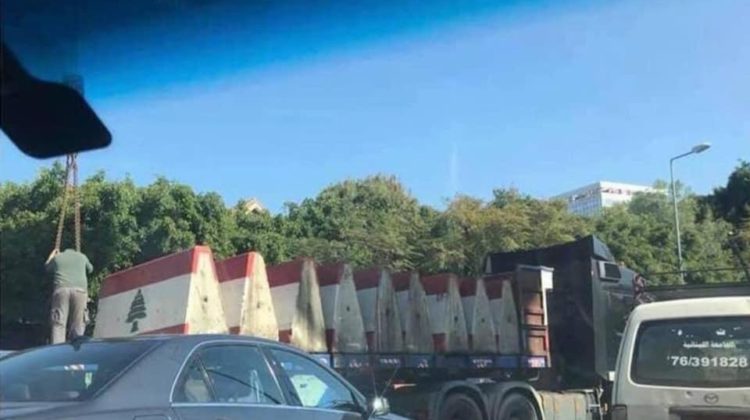 We’re still not sure whether it’s newly appointed Interior Minister Rayya el Hassan or previous Interior Minister Nohad el Machnouq who ordered the removal of the years-old security cordon at the Interior Ministry’s main entrance, but the road was finally cleared of them as of this morning!

One has to ask though: Why now?

If the new Interior minister ordered their removal, as it probably is the case, then she didn’t feel the need for this extra layer of security or found it would be better to increase security inside the ministry rather than obstruct traffic outside its main entrance.

If it’s Machnouq who ordered it as he’s claiming, then we need an explanation as to what changed now security-wise and why aren’t there threats anymore? Is the war in Syria over? Were all the terrorist cells in Lebanon stopped? Are the camps under control?

We spent countless hours stuck in traffic because of that security parameter. We are owed an explanation as to why it was removed now if the previous minister ordered it. If it’s Rayya, then good for her 😁