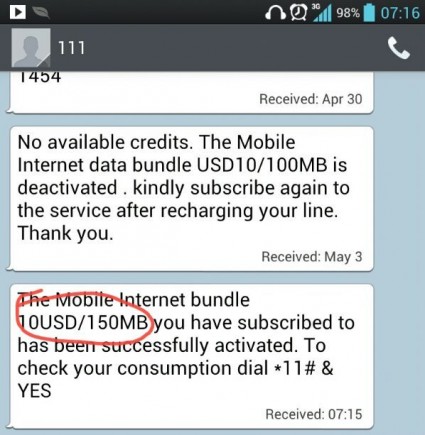 My younger brother recharged his prepaid line earlier this morning and got the above message, which means that the 50% increase came into effect as promised.

Now what remains to be seen is whether the extra consumption for postpaid lines will be included in the extra 50% granted or charged separately. I called Alfa this morning and they told me that it will be counted within the upgraded data plans, which means that if you have a 500MB plan and consumed 650MB (150MB Extra) this month, you won’t be charged for them and will have 100 extra Mbytes to consume till the end of your cycle.

Obviously everyone wants more than just a 50% increase but it’s better than what we had.