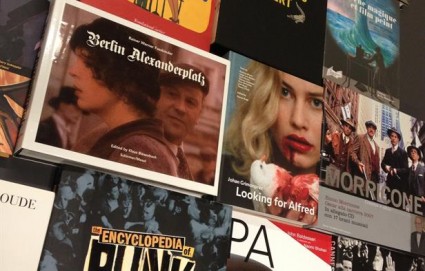 More Cultural hubs like Dawawine are much-needed in Beirut.

Read the rest of the story [Here].

A new cultural venue opened its doors in Beirut last month, tucked away on a back alley between Gouraud and Pasteur Streets in Gemmayzeh. Visitors to Dawawine – espace des arts de la scène, du son, et de l’image – will immediately be struck by the space’s conceptual and visual novelty and calm, welcoming atmosphere.

Its central location (if we compare it to the Beirut Arts Center and Ashkal Alwan) marks it out, for one. Its interior, designed by architect Jihad Kiamé, consists of an open space with various sections: a bistro (open every day from 10:30 AM to 11 PM with a European menu), a bookstore devoted to theater, cinema, music and performing arts, a library specializing in the same subjects, a 32-seat cinema, and an adjacent conference room. Big windows, sofas, high ceilings, and a terrace add to the atmosphere. The style is modern, but Dawawine is no White Cube.

Another distinctive feature is the venue’s sophisticated sound system, installed by Architettura Sonora, the renowned Italian firm that has previously collaborated with the likes of Zaha Hadid, among others. Its loudspeakers resemble space ships suspended from the ceiling, or Renaissance terracotta globes. [Now]