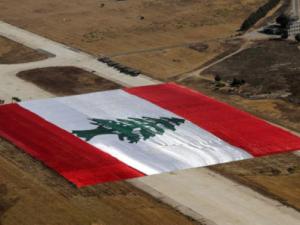 I read this piece of information and thought… “yeah? so what?”

What does the world’s largest flag do for me? Represent national unity? What unity?!

People are so casually talking about the “inevitable” civil war that’s about to hit us as if they’re watching the weather forecast and checking on the hurricane that’s coming in.

The difference is, you can’t stop a hurricane. You can hide or you can run. Meanwhile, we’re discussing a civil war.

We’re sending forwards and jokes about how the war is just around the bend. Is this emotional preparation for what’s about to happen?

While we are on that topic, what is about to happen? And why??

There is so much going on right now, but to get armed and prepare for a civil war? Really?? Like seriously… is that what we’re going to do? Seriously people?

Is it because the civil war worked out for us the first two times, let’s do it again? (Please DO note the sarcasm)

It truly hurts and stuns me to see how people seem to take it so casually, like “yeah… it’s just another war”

(Vent out session over)