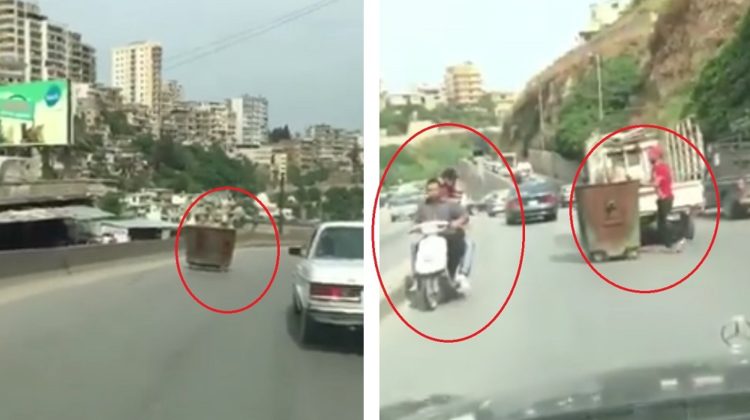 After the loose tires video on the Dora highway that emerged last week, a garbage bin was spotted sliding along one of Lebanon’s roads and of course someone was driving and filming the whole thing at the same time!

Few things I noticed in the video:
– The garbage bin looks roasted (We’re still burning garbage).
– The motorist going the wrong way and not giving a f*ck about what’s happening.
– The van who decided to stop in the middle of the road.
– The guy jumping between cars to put aside the garbage bin.

Check out El 3ama’s hilarious commentary (his first English one) on that incident: