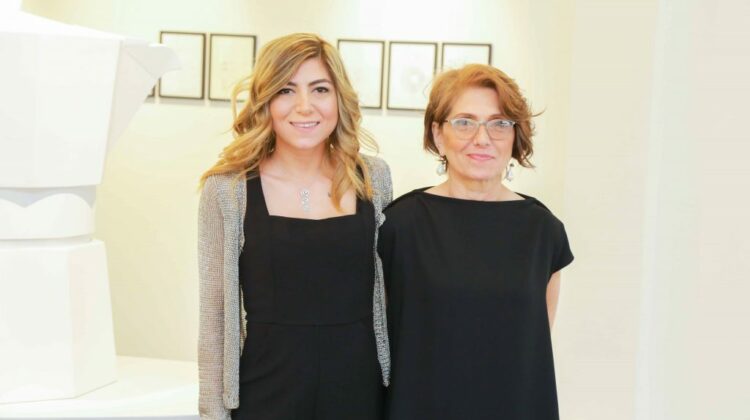 “Everyone is the creator of one’s own faith”, these were the last words written by Gaïa Fodoulian on Instagram after spending the day out with her mother. That same day, Gaïa had returned home when the port explosion took place and injured her severely. She was rushed to the hospital but unfortunately passed away from internal bleeding.

Gaïa’s mother refused to let go of her daughter’s legacy with AD Leb (Art Design Lebanon), and launched in early April both the AD Leb platform and an exhibition titled “Everyone is the creator of one’s own faith” representing the first large-scale group exhibition held in Beirut since the explosions.

“The exhibition will occupy the empty spaces of the historic Tabbal building on Sursock Street, which dates to the 1890s, in downtown Beirut. The participating artists are mostly from Lebanon with a few from the greater Middle East, including Samer Bou Rjeily, Karen Chekerdjian, Hatem Imam, and Caroline Tabet. A 3-D video of the exhibition will also be accessible on the digital platform”. [Source]

The exhibition will run from April 3–24 at the Tabbal Building on Sursock Street in Beirut.

You can check out the platform [here].

Despite wrestling with her own grief and the aftermath of the Beirut explosion, Annie Vartivarian chose to express herself through art to keep her daughter’s memory and the country’s creative scene alive. God bless her and give her strength.