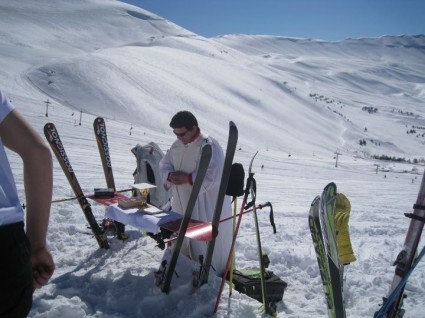 This picture is taken from the Cedars’ ski slope. According to a friend and an email I received, Father Hani Tawk, who’s a good skier, saw that everyone was going skiing on Sundays instead of attending the mass, so he decided to hold the mass on top of the Cedars ski slopes.

He built the altar using two pairs of skis, a snowboard and 2 ski sticks.