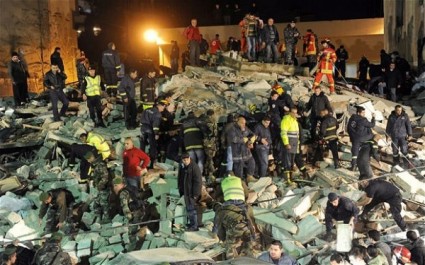 More than 300,000$ were collected so far by a joint-effort between Bashir Gemayel Foundation and MTV. Achrafieh MPs Nadim Gemayel & Michel Pharaon, as well as Telecom Minister Nicolas Sehnaoui helped promoting this campaign which was initiated on Sunday and will last for 1 week only. [Link]

The money collected will go to the families that were victims of the Fassouh building collapse that killed 27 people and injured 12 others.