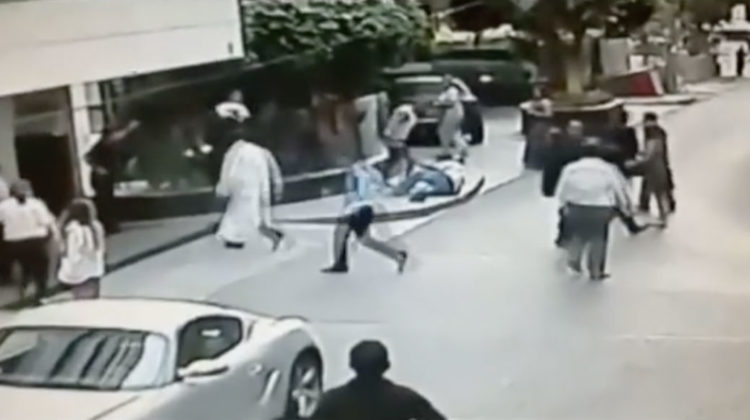 Beirut’s Criminal Court issued the verdict in the case of George al-Rif killing, sentencing the accused Tareq Yateem to death and acquitting his friend Lynn Haidar. Yateem was arrested after stabbing George el Rif 15 times in broad daylight and in front of dozens of bystanders following a traffic dispute.

The whole thing was caught on tape yet Yateem’s lawyer withdrew from the case without prior notice, claiming that Justice Minister Salim Jreissati had interfered in the case. If anything, the victim’s family should worry of interference to let this scumbag get away with his crime.

Nevertheless, the death sentence is still not the answer here and there’s nothing the authorities can do for justice to be served, not when corruption is all around us and these killers are almost always protected by some politician or party. The only thing to do, sadly enough, is running for your life instead of getting into a fight with these people and trying to avoid them as much as possible.