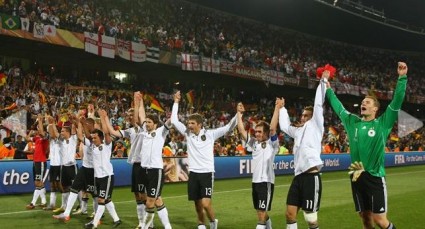 Looks like the “psychic” octopus was right.
The Germans destroyed the English today and advanced to the quarter finals. England were denied a second goal that was 100% correct but that doesn’t change anything. It is quite ironic though cause England were granted a similar goal in 1966 against the Germans even though it wasn’t a goal.