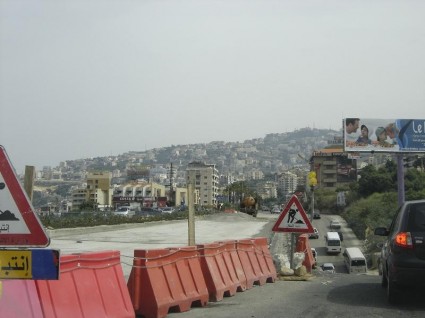 I noticed today that the Ghazir Bridge is closed for some reason. I asked around and it appears a part of the bridge has collapsed or has weakened and there was a hole right in the middle of it. I always noticed there was a small gap between the bridge and the road, apparently that is being fixed also. This bridge was bombed by the Israelis in the 2006 July war, but they are not to blame this time for this incident. Whomever reconstructed this bridge did something wrong. Thank God no one was hurt in the process. 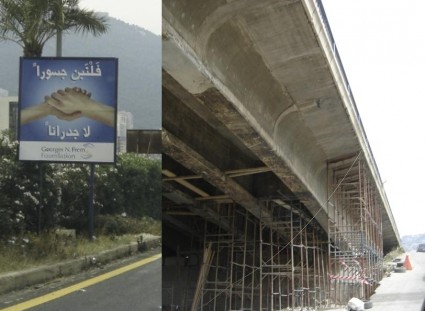