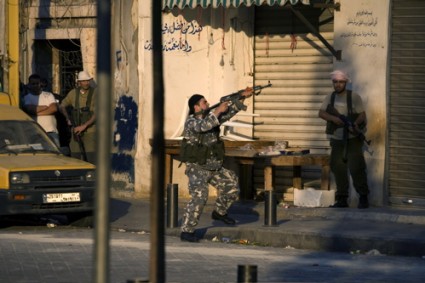 According to Marwan Charbel, the new Minister of Interior, the security situation in Lebanon is excellent and the best in the Middle East and that the minor incidents happening are common and there’s no reason for Lebanese not to feel safe. [Source]

Aside from the purely “personal” conflict few weeks back in Antelias that involved C4 explosives and killed two people, here’s a list of what happened this week (Noting that Sunday incidents were not yet reported).

1- A fight erupted in Tyr between Naji Tohme and Hamadeh Al Kott and his brothers and gun shots were heard. Maryam AL Jamal and her mother in law were injured as a result.

2- An old dispute between the Abou Assman and Ghazi families in the Bekaa turned into a gunfight leaving 17 injured. Light machine guns were used.

3- A dispute over a generator in Sad el Bouchrieh led to a gunfight using light machine guns, leaving 7 people injured. 6 people were at least involved in the shooting.

4- In Baalbeck, a family dispute over a piece of land turned into a bloody gunfight, killing 6 members of the same family and injuring two.

5- In the town of Ali Al Nahri, a fight between two brothers led to a gunfight leaving one of the brothers and a citizen passing by injured. A pump-action gun was among the weapons used.

6- In Hermel, a dispute between an army man and three other people led to one person injured.

7- Last but not least, members of the Khanssa family decided to block the main road on Saturday night by lighting up tires because a man accused of shooting one of their family members was not yet arrested.

All in all, 6 disputes involving the use of machine guns and light machine guns, leaving 6 people killed and tens of them injured. I don’t know about you people, but I don’t see how we can call the security situation as being excellent in Lebanon. Seems to me everyone is armed to the teeth and impatient to try out his new weapons.