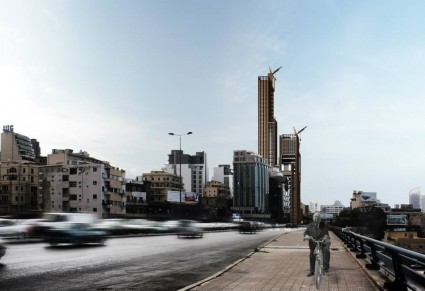 A project signed by the one and only Bernard Khoury.

P # 450 is situated on a prominent site at the northwestern edge of the Beirut Central District, with 50 meters of frontage on the Charles Helou Avenue which links Beirut to the national coastal highway. The project is to be located on a 1,628-square-meter plot, with an allowable built-up area of approximately 18,000 square meters (gross).

The proposed scheme is molded according to imposed setbacks, alignments and height restrictions, with the building’s envelope becoming a literal translation of the maximum allowable volume on this particular site. This gives rise to an assemblage of several fragmented elements of differing heights, which translate clearly as three towers. These consist of a first tower accommodating 41 apartments to be rented and operated by the developer, a second containing a hotel with 51 keys, as well as a third smaller pavilion housing a restaurant and a bar. 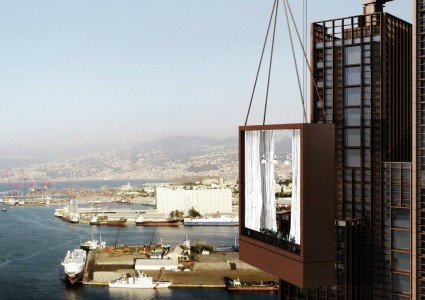 See Also:FIFA World Cup 2022 could be taken away from Qatar
Posted By Najib
Categories INFORMATION,LEBANON