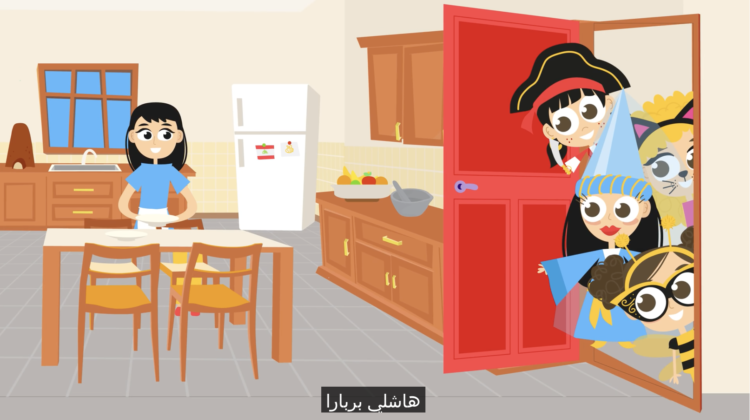 We celebrate Eid el-Berbara today in Lebanon, where people dress up in costumes and visit family, friends and neighbors to wish them well. The tradition also involves singing Berbara songs, growing and eating sweetened wheat as well as Atayef. The “Atayef” consist of a soft dough (عجينة) filled with nuts ( جوز) and pistachios (فستق حلبي) and topped with a sweet syrup (قطر).

On a side note and despite these joyful traditions, it is worth noting that Eid el-Berbara has a tragic story behind it, the story of a young girl, Barbara, “who wishes to spend her life in the service of God but whose father has betrothed to a pagan prince. She runs off to escape her unwanted marriage and Roman persecution (اضطهاد) by disguising herself with different costumes to hide her identity. As the story goes and the song narrates, she is eventually recognized through her eyes and her bracelet. The boiled wheat that is eaten on the eve of Barbara festival is a reference to the fields of wheat that she used to hide herself in to escape persecution. Finally, Barbara was condemned to death by beheading by her father. Her martyrdom took place on December 4th.”

A Question For Crime Movie Fans ...