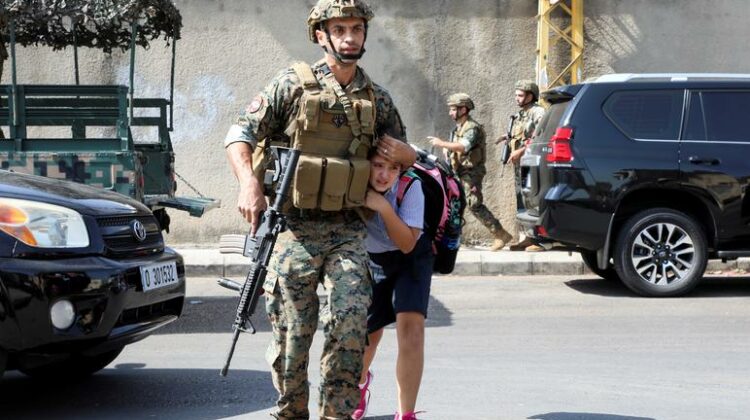 An army soldier helps a schoolgirl get to her parents, after gunfire erupted in Beirut, Lebanon, October 14, 2021. REUTERS/Mohamed Azakir

2021 was unfortunately yet another year marked by protests, violence and instability for Lebanon. Unlike the years where extravagant Christmas trees or festivals would tour the world, Reuters has featured Mohamed Azakir’s photo of an army soldier helping a schoolgirl get to her parents during the Tayyounesh clashes in their 2021 Pictures of the Year.

The photo was taken on October 14 2021 after gunfires erupted following a protest led by Amal & Hezbollah. Students in nearby schools were terrified and had to be evacuated by the Lebanese Army.

A Question For Crime Movie Fans ...