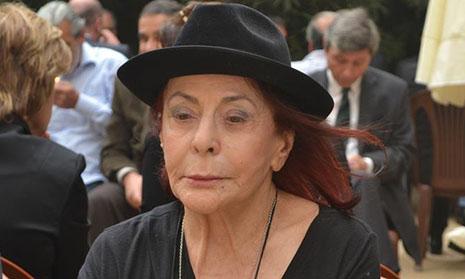 Renee Deek is a veteran Lebanese actress and one of the leading stars of the pre-civil war period. She performed in several plays with her most memorable one being her role in The Two Maids (1996) as the mistress, alongside Randa al-Asmar and Julia Kassar, directed by Jawad al-Assadi from a script by Jean Genet. A second version of the play also came out in 2009. She also took part in a couple of recent Lebanese movies.

Renee Deek hasn’t worked in years and has fell into poverty. She’s currently living with her brother and she’s in desperate need of help. Several journalists have called upon the Lebanese authorities and President Aoun to help and it appears that the Ministry of Social Affairs is already handling the matter.

My question is: Why don’t journalists, actors and singers do something to help her out? Why ask the President for help when they can easily organize a small crowdfunding campaign and share it across their fans?

In all cases, if anyone knows how we can help and who should we call, please do share the info so I update the post.