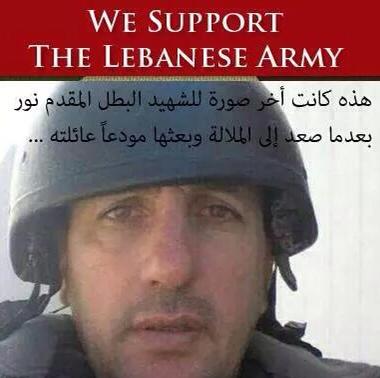 The above picture is reportedly the last picture Noureddine Al Jamal sent to his family before he was killed by gunmen in Arsal that were coming his way. There’s a story being circulated that Noureddine ordered his men to evacuate their position after they were attacked by a group of 300 gunmen and he decided to stay behind and cover them. He took down tens of Islamists before he got killed by a sniper shot.

I am sure there’s a story to tell for every fallen soldier and these men have managed to do what the strongest armies in the world haven’t been able to. We’ve lost 14 of our brave army soldiers so far but the Islamists are losing ground and I strongly believe the army should go all the way and wipe them all out.

Here’s a small report that LBCI did yesterday on some of the funerals that took place in the country.

Here’s what Jamal last said to his wife: 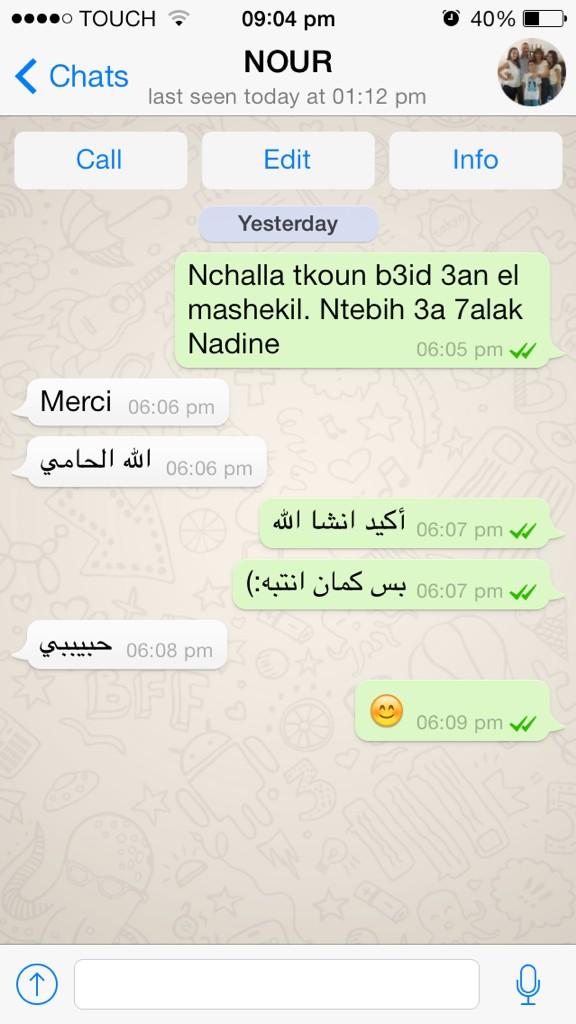