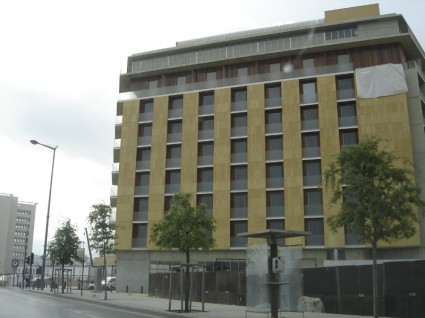 The Hilton Hotel in Beirut is situated near Biel and was demolished in 2002 and rebuilt but was never opened.

The scheduled opening was in June 2008, but was delayed until further notice. A friend of mine told me the building did not meet Hilton standards and will not be reopened but it says on Wikipedia that it will open sometime in 2010.

Ironically, the first Hilton was opened one day after the Civil war started in Lebanon on 14/4/1975. Let us hope it never reopens if that is to be repeated.