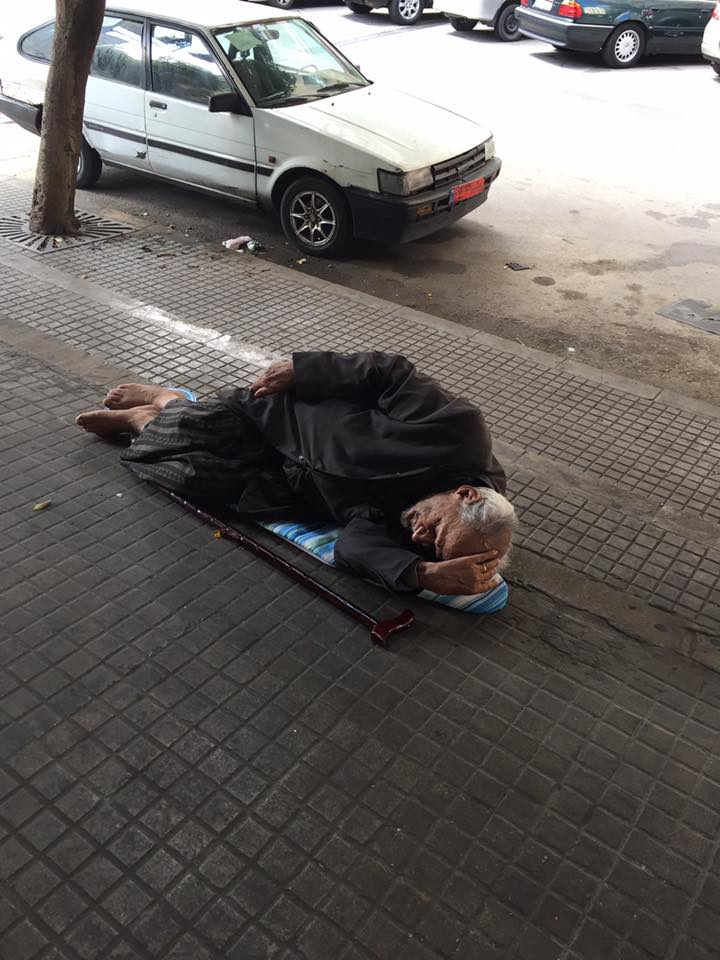 The above picture was shared by Iman Kanaan yesterday with the below text:

Ok guys. I really need your support on this. I found this man on the street today in Beirut. He’s 84 years old and his son kicked him out of his house. He’s been on the street for three months now. He’s sleeping in the mosque at night. Seniors home, Dar el 3ajazi, refused to take him in because they need monthly payments. I can’t believe I’m seeing this in Beirut. I can’t believe what his son did and can’t believe that people passed him by for three months now …. [Full Text]

I can’t really confirm this old man’s story and based on previous experiences, things are always more complicated than they look. Nevertheless, this old man obviously needs help and at least 5 people asked me if I knew any homeless shelters in Beirut and I couldn’t think of any. That’s why I am asking you to kindly share names and contact information of NGOs or organization that take care of homeless people and/or provides them with a safe shelter.

There’s already an online fundraising campaign launched by Iman who has managed to move Jeddo Abdallah (the old man’s name) into a hotel for the weekend until they contact a shelter on Monday. 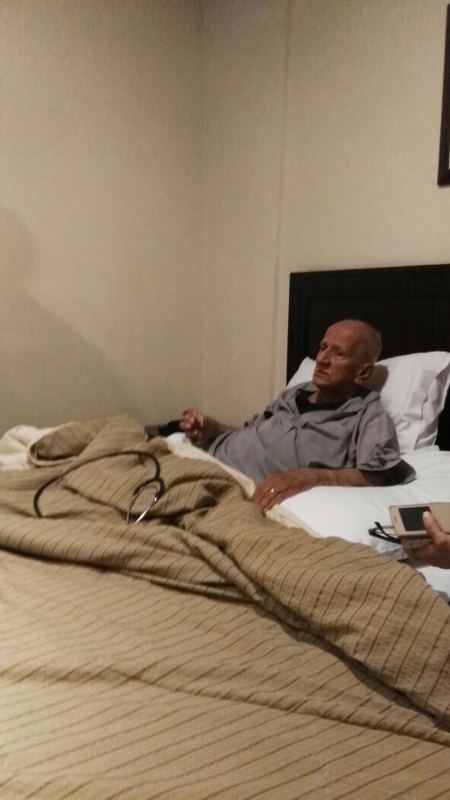 A generous donor donated his hotel stay till Monday

I will share whatever information I get with all the readers as there are plenty of elderly people still living on the streets and in need of safe shelter.