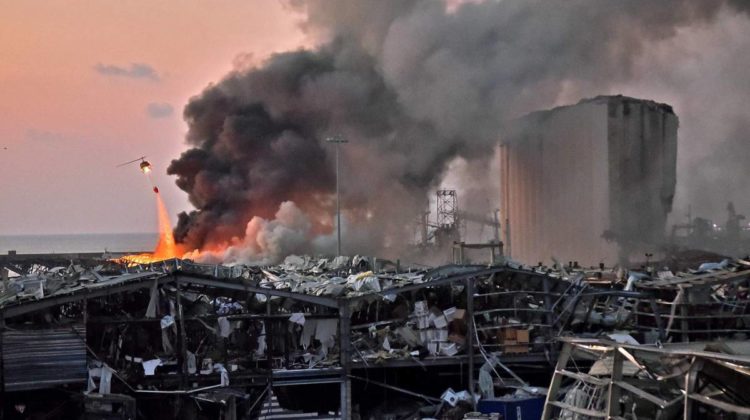 About 2,750 tonnes of ammonium nitrate have been stored in the Beirut port warehouse since 2013 and exploded today, shattering buildings and overturning cars on nearby roadways with a force felt as far away as Cyprus. The massive blast has left over 100 killed and thousands injured so far.

How did the ammonium nitrate end up in Beirut’s port?

What we know so far is that a ship headed from Georgia to Mozambique in 2013 faced technical problems and had to dock in the Beirut port. After efforts to release the ship has failed, the ship’s crew hired a Lebanese law firm to make a case to be allowed to leave. The ship’s owners had abandoned it. The ammonium was later unloaded and stored in the Beirut port in 2015 and the plan was to resell the substance later in an auction. There’s another [article] stating a similar story to the Megaphone one.

Why were they kept for so long?

Who in his right mind keeps so much ammonium nitrate in one place? And more specifically in the capital’s seaport? Obviously only an idiot or an incompetent would do that, and this is what the investigation ordered by the PM and Lebanon’s Higher Defense Council should reveal, but don’t get your hopes high, because they’re all responsible and they will try to turn it political like everything else.

Take for example this paper circulating claiming head of customs Badri Daher had requested to move the substances on several occasions. Assuming this paper is genuine, it is dated 2017, which means he hasn’t raised the issue for three years despite its severity, and even worse, a matter like that should be highlighted all over the media until actions are taken. Claiming they did their job by dispatching a letter to the judge on two or three occasions is pure negligence and incompetence to say the least. 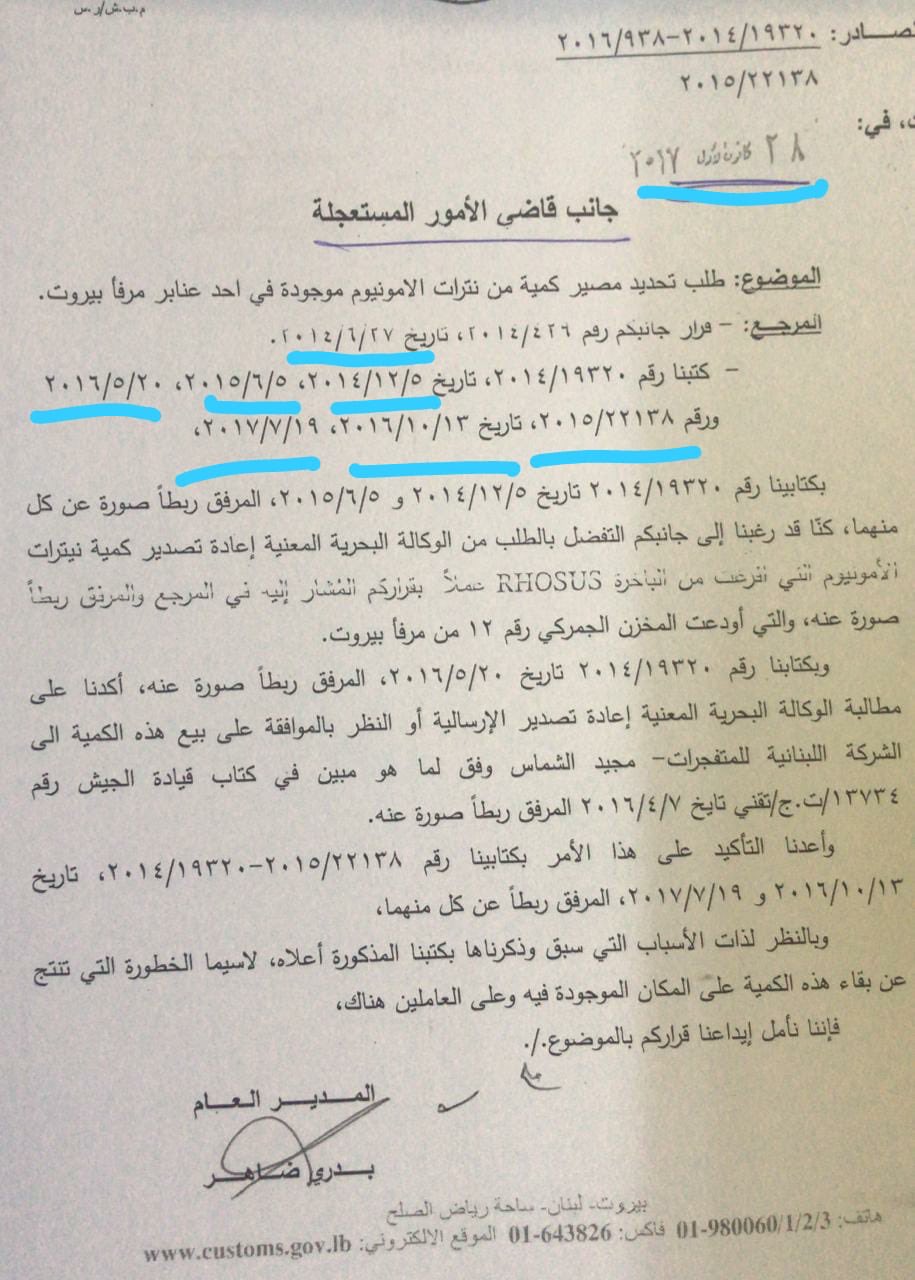 Everyone, from the judge who ignored the requests, to the high ranking officials in the customs, security forces, add to that the Defence & Interior Minister, are in a way responsible for this tragedy. Yet, not a single one of them resigned today!

How did the explosion take place?

One of the stories circulating is that those responsible of the storage house decided to weld the door to prevent theft, and given how competent our officials are, they probably forgot to take any safety measures and we know what happened next.

Why weren’t the stocks sold before? Why wasn’t an auction organized? Who is responsible for ensuring the safety of the port and its storage? Why do Lebanese have the keep paying the price of their leaders’ incompetence and negligence?

I hope we will get answers this time.