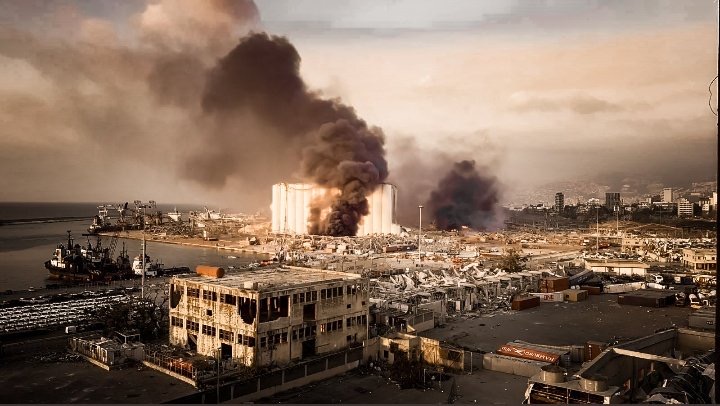 There are no words to describe what happened today. I kept watching over and over again the massive explosion wondering if this really took place in Beirut and not elsewhere. The huge blast, apparently caused by ammonium nitrate that was stored in a warehouse at the port, destroyed most of Beirut and its suburbs and even felt in Cyprus. They are talking about tens of kills and thousands of injured so far, but everyone knows the toll is much heavier.

What happened? A lot of theories are emerging but the official one so far is that we’ve been keeping 2,700 tons of ammonium nitrate at Beirut’s port for years now, and they exploded before being shipped to Africa. Who confiscated these explosives? Who decided to store them for this long in Beirut’s port? Why weren’t the proper safety measures taken? Who are the parties responsible of keeping this material safe? Why didn’t anyone raise the alarm before?

Now is not the time for theories and accusations, but the least they can do is arrest ALL parties involved and start a prompt investigation. ARREST everyone involved in this massacre, directly or indirectly if you want to tell people you’re serious about accountability, don’t form new committees!

Lebanon’s Higher Defense Council claimed they should conclude the investigation within 5 days max. However, with or without an investigation, all those involved in such decisions should resign immediately no matter what the outcome is.

Today was a national disaster. Beirut is ravaged, hospitals are destroyed, people are looking for their loved ones. Let’s not get started with the billions of dollars in material damages and the fact that we no longer have a port.

Lebanon needs a break, Lebanese deserve a break. This is too much!