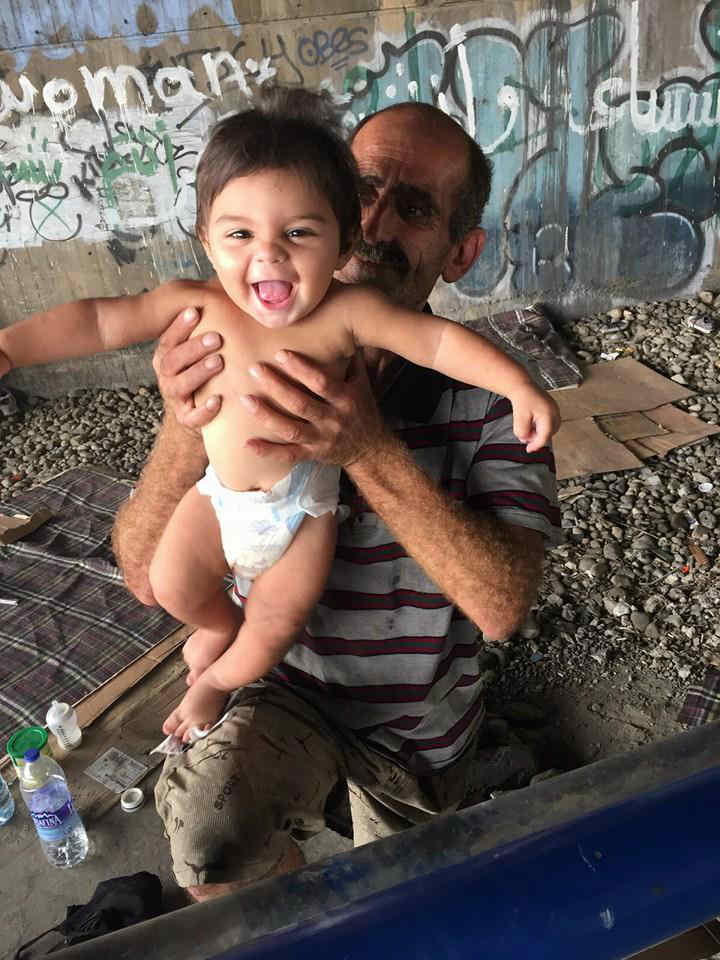 As soon as I heard about the 8-month old baby, that was originally tweeted by Jad, living under the Charles Helou bridge yesterday, I shared the story and talked to a couple of friends and NGOs to see how we can help. After making few calls, I was introduced to Lama Beydoun (Thank you Sarah) who was apparently among the first to spot the baby and has been helping him since Day1 along with Rachelle Ismail who took him yesterday to see a doctor on her own expenses. I also talked to Rana who has offered to relocate the baby and his grandpa and has been helping as well to get some feedback on the family. I finally decided to meet with Carol Maalouf and members of the Leb4refugees NGO at Charles Helou station as they have been dealing with refugees for several years now. 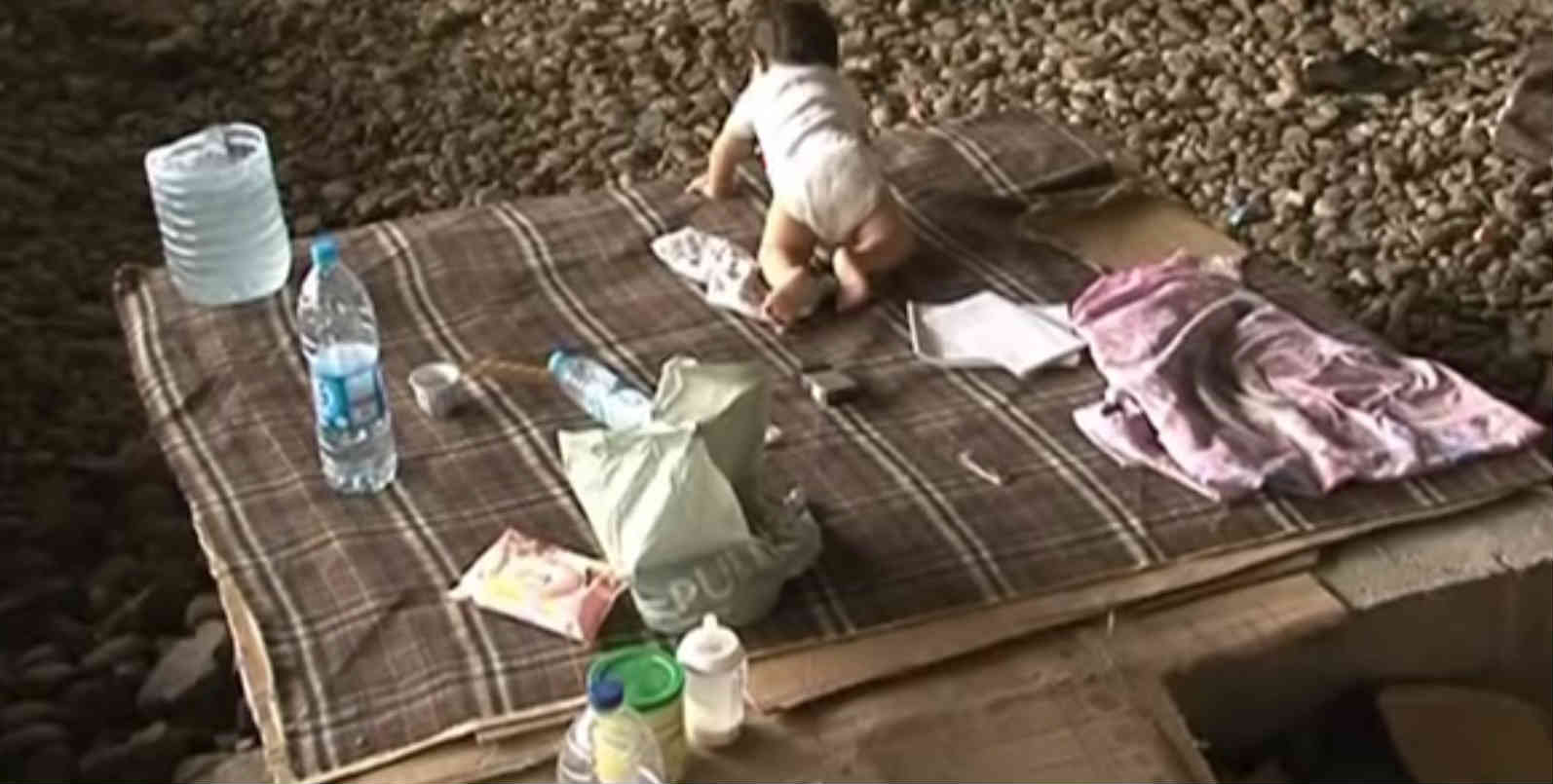 Ali is an 8-month old baby who lives with his mother, her sisters and brothers, his step-dad and his grand father somewhere in Ouzai. His dad is Lebanese from the South but has apparently abandoned his family for some reason. The grandpa was taking care of the baby most of the time from what he told us and he decided to move him out of the apartment because it was in a very bad condition (too dirty and too hot). To be honest, I don’t think any place can be worse than living under the Charles Helou bridge and we couldn’t really figure out why the grand father took the baby and moved out but what’s for sure is that he’s taking good care of his grandson and other members of the family are helping as well.

To cut the story short, we told the father that the baby should no longer sleep under the bridge and that he should sleep at the Ouzai house (if there is one) till we find a new shelter. He agreed and the baby spent the night at home yesterday and we made sure with the police that he didn’t keep him under the bridge. 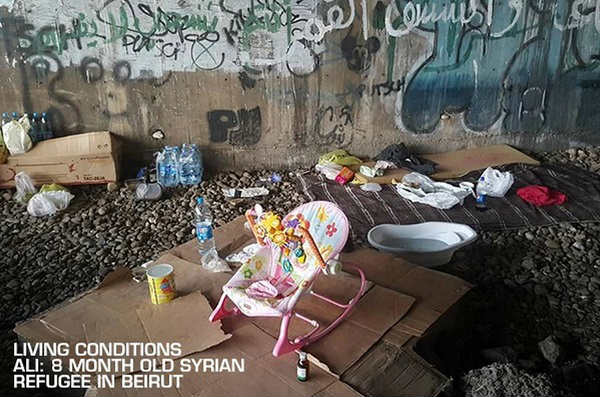 Ever since the story broke up, a lot of people have offered to help and several of them showed up and offered the grand father money, food and baby supplies. Everyone wants to help but it needs to be done properly in order to get Ali off the street and into a decent shelter. First things first, we need to find them a new apartment and cover the rent for at least 6 months, then get the baby and grand father the food and supplies they need.

– Alfa Telecom were among the first to offer help and Alfa’s CEO messaged me directly and told me they will cover the rent for 6 months which is awesome news!
– As far as online donations are concerned, I decided to team up with my friends at LiveLoveBeirut and Leb4refugees to start a crowdfunding campaign. Since there are a lot of children in need, the funds donated here will go to Lebanese 4 Refugees to help find Ali get a new life at first and then help other refugee children because there are thousands of babies like Ali in Lebanon unfortunately.

For those who are in Lebanon abroad and wish to help online, you can donate [Here].

I really hope this works out and we can get Ali a new shelter and a new life. No baby deserves to be sleeping under a bridge. No one deserves living under such conditions.

Update1: I just passed by this morning and Carol told me they found an apartment in Nabaa for $350 a month and that they will probably move today as soon as the funds are secured.