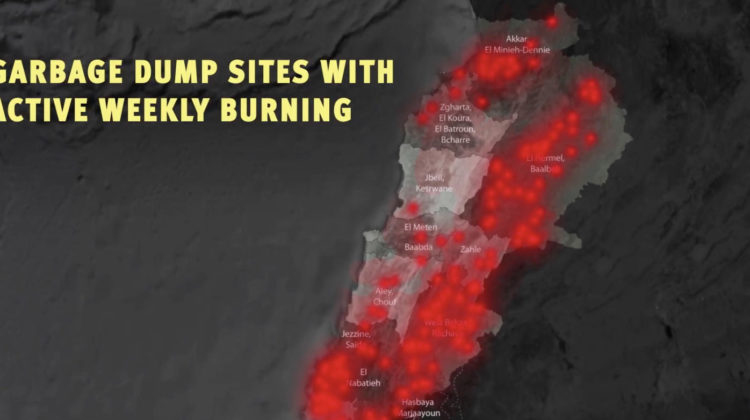 Human Rights Watch issued a 67-page report on Lebanon’s waste crisis and the health risks of burning waste. They found that “Lebanese authorities’ lack of effective action to address widespread open burning of waste and a lack of adequate monitoring or information about the health effects violate Lebanon’s obligations under international law”.

If you don’t want to read the whole report, it suffices to watch this 5-minute report to realize how bad the situation is and how nonchalant the authorities are.

Here are few things you need to know about Lebanon’s ongoing garbage crisis:

– 150 dumpsites are burned each week on average across Lebanon.

– According to researchers at the American University of Beirut, 77 percent of Lebanon’s waste is either openly dumped or landfilled even though they estimate that only 10 to 12 percent cannot be composted or recycled.

– There are over 600 uncontrolled municipal solid waste dumps across Lebanon.

– From the beginning of that crisis until June 30, 2017, Lebanon’s fire department said it responded to 3,612 reports of open burning of waste in Beirut and Mount Lebanon, and 814 in the rest of the country. According to the department, the number of open burning cases reported in Mount Lebanon rose 330 percent in 2015 and a further 250 percent in 2016.

This is really bad yet those in charge couldn’t care less and are even encouraging burning garbage and throwing the rest in the Mediterranean.