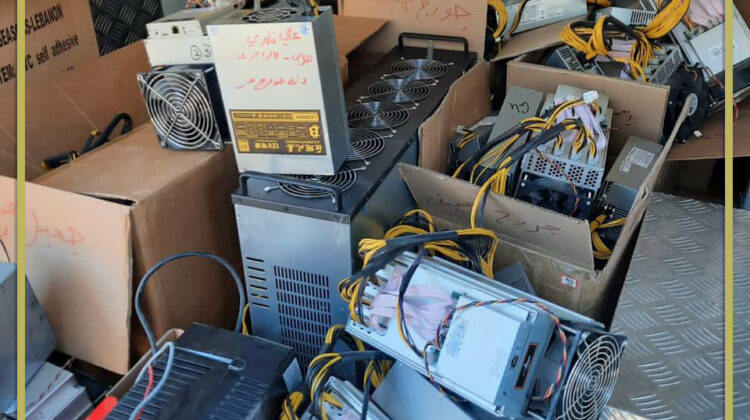 Crypto mining is becoming more and more popular worldwide and Lebanon is, or at least was in the last couple of years, a great place to set up mining rigs given that the cost of electricity/fuel were still subsidized and very low, and more importantly because many resort to stealing electricity through illegal hook-ups.

The LRA (Litany River Authority) sent recently a memo to the Ministry of Energy asking to investigate mining rigs stealing power in the Jezzine/Iqlim al-Kharrub/Chouf area after the load on the network had increased by more than 20%.

As a result, the authorities raided several rigs and confiscated the equipment, but the problem is a much bigger one when half the electricity in the country is stolen, not to mention the fuel mafias, illegal generators and “restricted” areas.