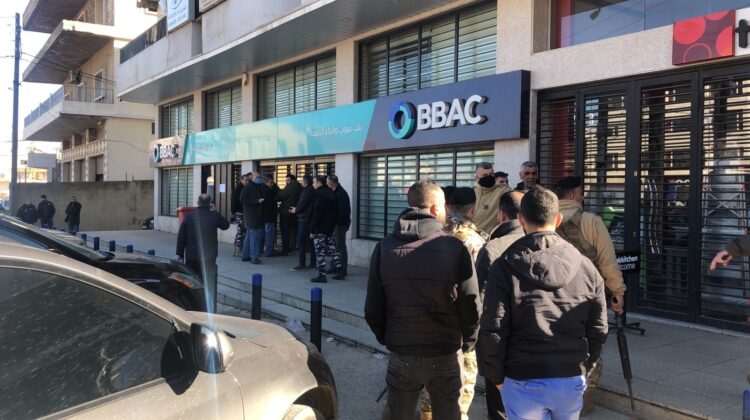 I’ve seen a lot of comments yesterday following the incident that took place in Jeb Jennine where a young man called Abdallah Al-Saei held dozens of people hostage in a BBAC branch to get $50,000 of his money. Many hailed the man as a hero for what he did, while others are not very fond of such actions that could turn ugly and are really impacting employees rather than those in charge of these banks.

To be honest, I don’t think the man wanted to be a hero, but was fed up and wanted his money at all cost, and up to a certain extent, it’s hard to condemn his actions when your bank and your state have robbed a whole nation. On the other hand, the real blame is not on the bank employees who are simply doing their job and it’s wrong to expose them to such a traumatizing experience.

This being said, our rotten politicians are doing what they do best, which is turning us on each other while they continue stealing our lifetime savings, and what happened in Jeb Jennine is one example. Right now, Abdallah is in jail, and Bekaa’s Public Prosecuter issued a verdict to seize back the $50,000 he got from the bank.

Should he keep his money or not?

Clearly YES! This is his money and the ones who should be jailed are those who lost our life savings. You cannot punish a man for forcing the bank to give him HIS money, especially that he caused no harm to anyone, while banks and politicians who robbed a whole nation remain untouched.

He might have to spend some time in jail for holding people hostage but I think this is a small price to pay nowadays if you get to keep his money. Endorsing such actions is wrong after all as it might encourage criminals to storm into banks and God forbid, end up killing or hurting someone.