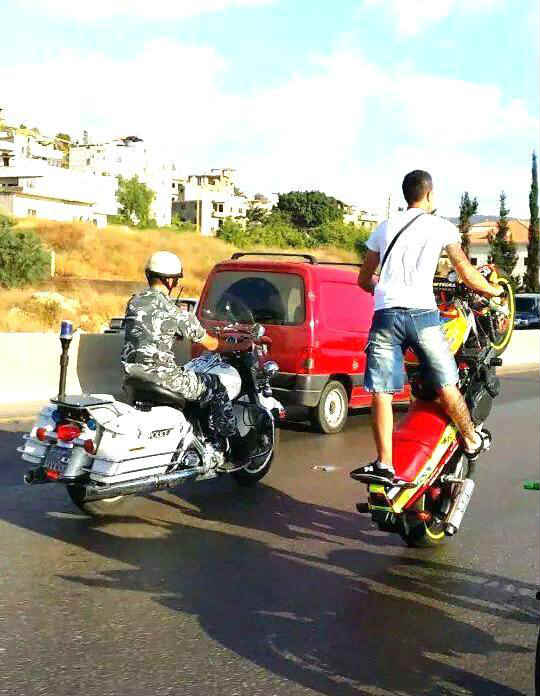 I am sure you’ve all seen the above picture by now. As confirmed by the ISF, it is not a fake photo but a real one and there are reasons why the ISF motorist did not stop the young man.

Here’s what the ISF had to say about this incident:
– On 13/07/2014 one of the Baabda ISF motorists was on the Naameh highway, when a civilian started making stunts with his bike right next to him. The policeman ordered him to stop the stunts several times but the biker didn’t cooperate. That’s when the policeman tried to arrest him but the biker sped away and the policeman stayed behind for safety purposes.
– Necessary disciplinary measures were taken against the policeman.
– Baabda ISF branch is committed to the safety of the drivers and is constantly patrolling the “Costa Brava – Khaldeh” highway.

I think the policeman should have chased the young man or called for reinforcements, but I love the fact that the ISF actually investigated the matter and clarified the issue through its social media channels. I really hope they will keep on listening to what the people have to say and take actions, because that’s the only way to build (a much needed) trust between the police and the citizens.