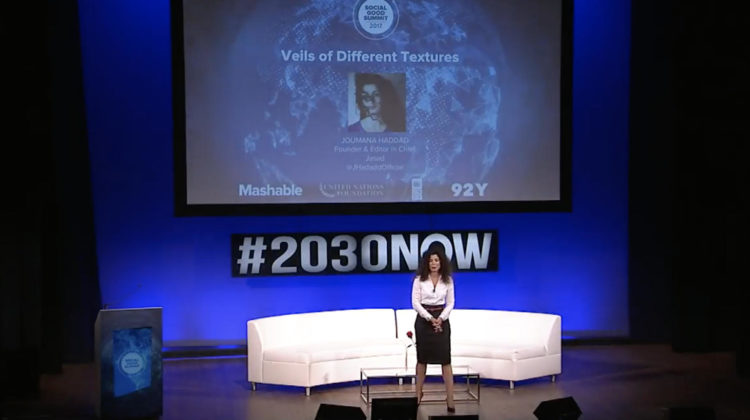 Since we’re talking about powerful Lebanese women, here’s one who actually lives in Lebanon and is defying all odds to make a difference in society. She’s a ferocious critic of sexism, a staunch defender of women rights and freedom of speech among other things. Her unique take on the state of women in Lebanon and the Arab world has earned her a lot of plaudit and rewards but also a good share of death threats.

I strive for a world where “who we are” is not defined by the cards we were randomly dealt on the day we were born, rather by what we do with our lives, the conscious decisions we make and the values that we consciously decide to defend and the walls that we consciously seek to abolish between cultures and people rather than erect. “Joumana Haddad”

See Also:Jal El Dib Residents Back To The Streets To Demand A New Bridge
Posted By Najib
Categories CRITIQUES,OPINIONS/CRITIQUES