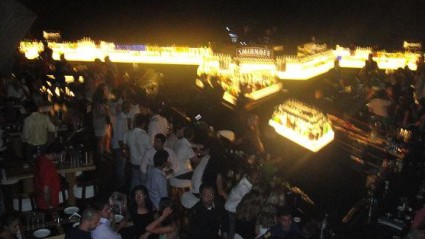 I was invited to dinner on Saturday night at a place called “Le Pacha” in Amchit. It’s a seafood place right next to the famous (yet highly overrated and overpriced in my opinion) “Chez Zakhia”.

We sat down and start ordering before some woman took the mic and welcomed everyone to the Karaoke night! I wasn’t informed that there will be Karaoke as I usually stay away from such nights, but I said what the heck! How bad could the singing be?

Well it turned out to be pretty bad, at some points even terrible and I noticed almost the same trends I see in most Karoake nights in Lebanon:

1- There’s always a couple of semi-professional singers who want to impress the girls with their charming voice. They come prepared and well dressed as if it’s some sort of competition or maybe just “la yichedo banet”. Doesn’t that beat the whole purpose of Karaoke nights?

2- Many Lebanese think they are so damn talented and request songs that are almost impossible to sing. Some dude requested Bohemian Rhapsody and I only wish I recorded it for you guys to hear the horror! In some countries, you might get shot for doing that. [Link]

3- There’s always a girl who wants to put up a show by taking the mic, going on stage and dance like a stripper. Maybe this is how new artists are recruited in this country?

4- Some guys think of themselves as the Wassouf or Melhem Baraket and get in the mood to the extent of walking among tables while singing.

5- Some people are too cool to stop smoking the arguile while singing.

I am not a big fan of Karaoke nights in the first place, but what happened to just going out with friends, having a few beers and singing acceptable tunes without putting up a show or dancing for everyone to see?