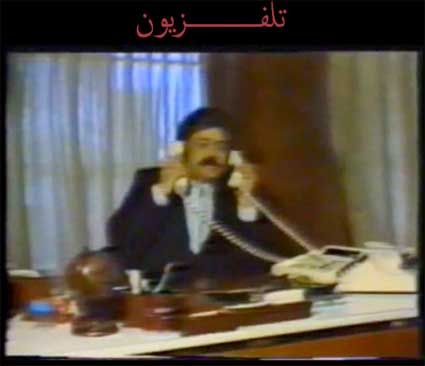 I just heard about this from BoingBoing. Telfezion is a website that emulates Lebanese television in the 90s. The website is created by Nadim Kobeissi and this is what he told BoingBoing about the project:

I grew up in Lebanon and didn’t move to Montreal until I was 18. I had very strong memories of how Television in Lebanon was during my childhood in the 90’s, and made telfezion.com as a project to emulate those memories as accurately as possible.

I spent days looking through YouTube/obscure Arabic websites for the footage, which is highly nostalgic Lebanese ads, political videos, cartoons that were popular in Lebanon during my childhood, etc. I’ve sent it to Lebanese friends – many got tears of nostalgia.

Some facts:
* “Telfezion” is how television is referred to in Lebanese Arabic
* Contains almost an hour of footage, adding more every day.
* It uses sessions and a sorting algorithm to queue the footage randomly but with proper spacing

I plan to find and add more news/political footage, as Lebanon was only beginning to emerge from a highly political 25-year civil war in the 90’s.

My motive for making this site is just that it’s so much fun. All my Lebanese friends recognize how valuable it is – it’s so weird for them see the Internet mirror intimate and highly relevant childhood memories and I love working on that.

Sadly Nadim forgot to emulate Lebanese internet in 2011 and so I’m currently having trouble watching it. Takes me like a minute to watch 5 seconds of footage. [Link]