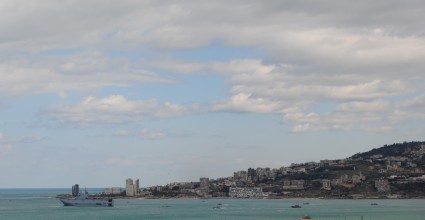 I had totally forgotten about this picture until a friend was telling me about how she had a dream the other day that the whole Jounieh coast and sea were invaded by the Israeli Army. I remembered this picture I’d taken back in March 2012 when I woke up and saw a big carrier in the middle of the sea with small army boats around it and helicopters in the air. At first glance, I thought it was some UNIFIL naval unit but then I gave it a closer look and didn’t find any non-Lebanese flags on it so it could be ours.

More maritime maneuvers were performed on July 15 2012 with French naval forces in the presence of â€œJean Bartâ€ frigate shown below. I will post some pictures if I find any. 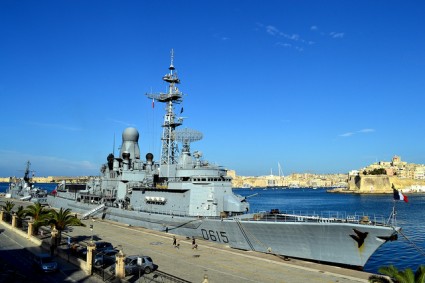