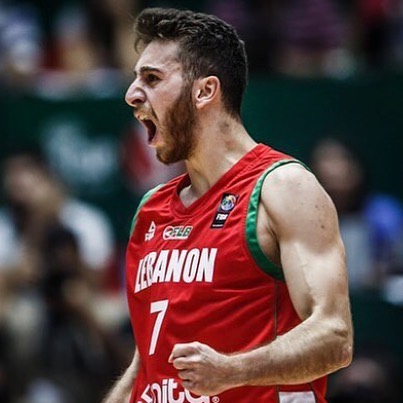 Considered one of Asia’s best point guards, Al-Riyadi player Wael Arakji, the rising star of our basketball league and national team, at only 24 years of age, has recently grabbed the attention of the Dallas Mavericks NBA team, joining their minicamp last week, and being selected just last night among around 70 other players to join their NBA summer league, a step that would significantly increase his chances of being signed later on as an NBA player.

After this experience, Arakji is expected to rejoin Al-Riyadi for the upcoming Lebanese basketball league.

The Dallas Mavericks have reached a summer league commitment with guard Wael Arakji, a promising young star from Lebanon who recently impressed at a free agent mini-camp with the team, league source told @HoopsRumors.

The only player to ever receive this offer and reach this stage was no other than Fadi El Khatib, who got the opportunity to play with the Los Angeles Clippers back in 2003, but was under contract with Sagesse back then leading to a cancellation of the offer, and was then contacted by the Detroit Pistons in 2012, with negotiations failing to end in his favor.

Rony Seikaly, 54, remains to date the only player of Lebanese descent to ever play in the NBA league between 1988 and 1999, before retiring from the competition with a career-ending foot injury.

Wael Arakji will accompany the Dallas Mavericks to Las Vegas, to participate in the largest NBA Summer League field ever, with 32 teams (all 30 NBA teams and the Chinese and Croatian national teams) playing 83 games over 11 days beginning July 5 and extending until the 15th.

Dallas’ schedule in the league will be as follows: (Add 8 hours to the CT time mentioned for the Beirut time)