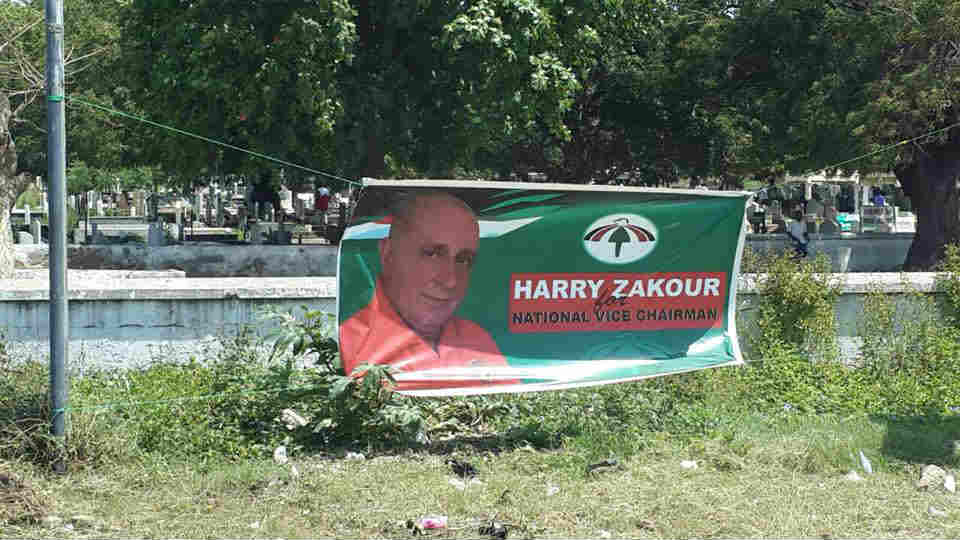 I was googling his name and the second article I found was about him slapping some customer but it seems he had a good reason to do so. 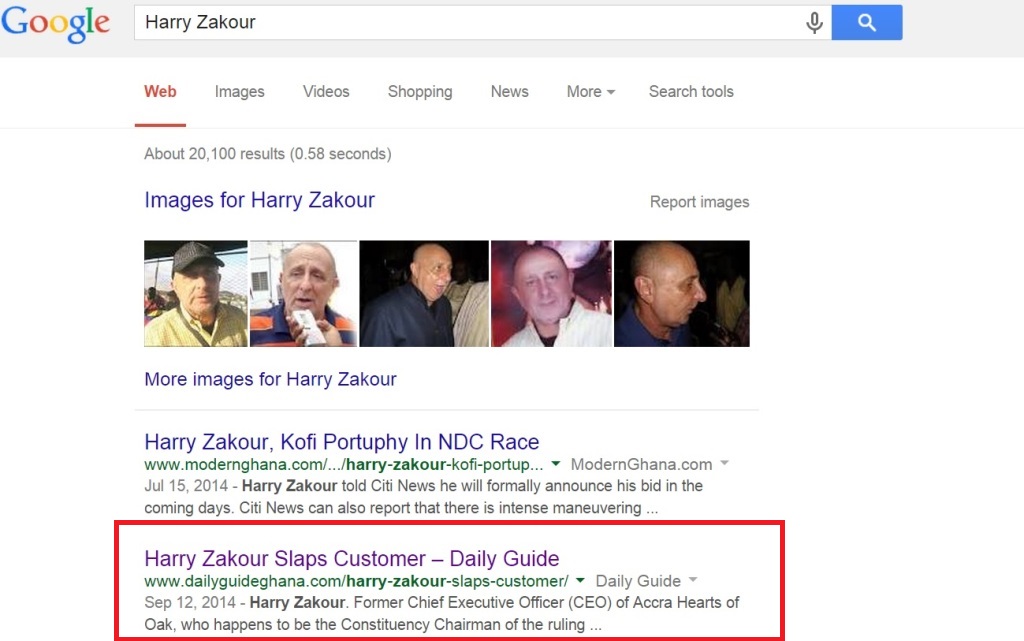 When contacted, Harry Zakour denied slapping Owusu, claiming, “He came and started misbehaving and insulted me…and he’s been doing it not only today; he’s been doing it for a long time. Even the police are looking for him; he has sent me some nasty messages.”

Asked what he did for his accuser to insult him as he claimed, the former Hearts of Oak Chairman could not be specific except to say, “He insulted me, bastard, he insulted the President, he insulted the NDC, he said he would deport me and I said ‘why are you doing that in my own restaurant?’”

Harry added, “This guy is not normal oo; he has caused a lot of problems to people. This man has been jailed before; he is a jail bird, cocaine dealer.”