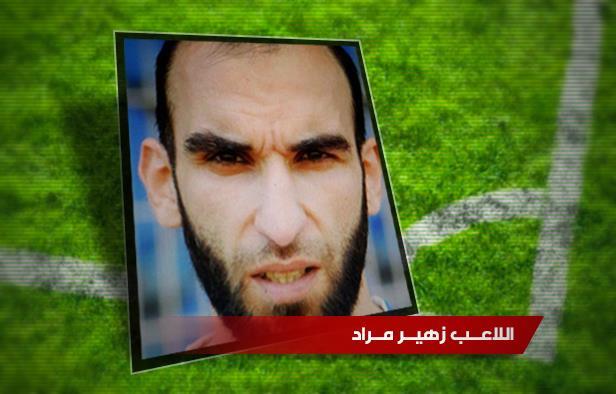 First we have a romantic singer turned terrorist and now this. If charged, Zoheir won’t be the first footballer to turn terrorist/fighter as I heard there are 1 or 2 other players who even went to fight in Syria. This is not only happening in Lebanon though as a German National Team Player joined the fight in Syria back in November 2013 and got killed. Speaking of Germany and Europe, hundreds of Europeans are flocking to the war in Syria and joining terrorists.

Following conflicting reports concerning the location where Mrad was arrested, sources told NOW that three Lebanese army patrols awaited Mrad at the entrance of the Bourj Hammoud Municipal Stadium. During the arrest, the army soldiers ordered the club players present at the scene not to intervene while others were ordered to stand by a wall or stay in their cars. Mrad was subsequently taken away as his fellow players looked on with amazement.

Regarding whether the Youth and Sports Ministry or the Lebanese Football Association should have intervened, the sources confirmed to NOW that the issue is related to national security since Mrad was arrested for terror charges following a request by the public prosecutor. It was therefore outside the scope of responsibilities of ministers, the Football Association, and the Racing Club. Meanwhile, the statement issued by the Lebanese army following the arrest announced that Mrad was apprehended on the basis of confessions provided by Naim Abbas who is being detained for terror charges. [Now]