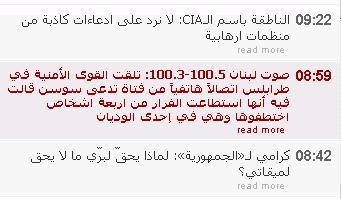 VOL radio reported half an hour ago that the ISF in Tripoli received a call from a girl called Sawsan who told them that she was kidnapped by 4 people in a white Taxi in Jbeil and managed to escape but her location is still unclear.

Let’s hope she calls back if she has a phone on her so that the police can find her quickly.