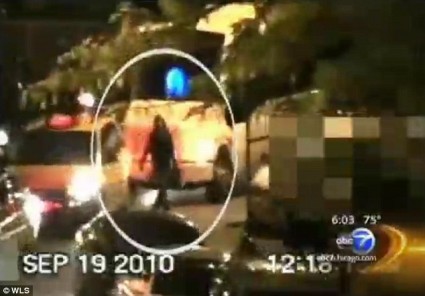 What was going on in this guy’s head to commit such an act? Luckily enough, he turned out to be a dumb terrorist (since nothing indicates that he was mentally unstable).

CHICAGO — A judge raised the specter of the Boston Marathon on Thursday as he sentenced a young Lebanese immigrant to 23 years in prison for placing a backpack he believed contained a powerful bomb along a bustling city street near the Chicago Cubs’ baseball stadium.

Everyone at Sami Samir Hassoun’s sentencing in a crowded courtroom in Chicago could not help but think of the bombs that went off a month ago concealed in backpacks on the East Coast, killing three people and wounding hundreds more, U.S. District Judge Robert Gettleman said.

Minutes before the sentence was announced, Hassoun, a 25-year-old one-time Chicago baker and candy-store worker, apologized for what he’d done in a five-minute statement. Crying, he asked the judge if he could address his family and friends, and then turned to look at them on a nearby bench. [HuffingtonPost]

It all makes sense now: He witnessed machete killings in Africa when he was young, so he decided to place a bomb in front of a pub and blow up half the city when he’s all grown up.

“I am sorry for the actions that I made and the shame I brought on you,” Hassoun said, struggling to keep his composure. “I promise I will become a better person … and make it up to you.”

The Beirut-born Hassoun blamed his actions in part on childhood trauma living in Abidjan, Ivory Coast. During civil strife there, Hassoun, then 11, witnessed machete killings from an apartment balcony, he wrote. [HuffingtonPost]

See Also:Anonymous Message To Joe Maalouf And The Lebanese People 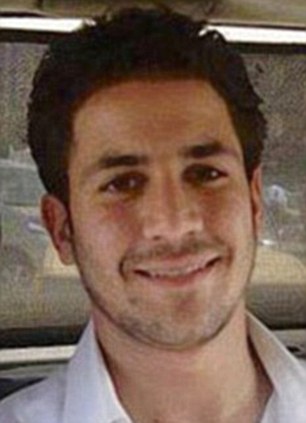