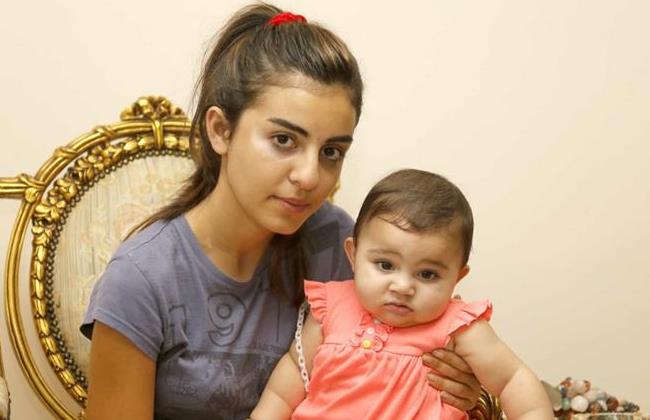 Tamara Harisi and her baby daughter

He should be jailed for 9 years not just 9 months but it’s better than nothing. However, I wonder who will protect the wife once the guy is freed from prison because even if she divorces him, he might still go after her. After all, he didn’t just beat her but he even tried to set her on fire but his lighter didn’t work fortunately.

Here’s what Tamara had to say [Video].

A husband that beat his wife to within an inch of her life was fined LL20 million and given nine months in prison, Lebanese women’s rights organization Kafa announced Tuesday, the latest in a number of brutal cases involving spouse abuse.

Hussein Ftouni, 30, tortured his 22-year-old wife Tamara Harisi for hours June 7, leaving her with severe bruises all over her face and body.

The case is the first example of the courts using a new law passed in April aimed at protecting women from domestic violence, but Maya Ammar, a legal adviser for Kafa (Enough), told The Daily Star that the sentence was not enough for the crime committed. [DailyStar]